It is commonly agreed that Sussex Cattle are one of our oldest breeds, having inhabited the Weald of Sussex & Kent from time immemorial. It is believed that the Sussex Breed of today is descended directly from the red cattle that inhabited the dense forests of the Weald at the time of the Norman Conquest.

From early days in its known history Sussex Cattle have been noted for their working abilities and for their hardy constitution. Practically all work on the land and in the woods was carried out by the aid of Sussex oxen, and until late in the 1900′s there were still a few plough teams of the breed to be seen in the Lewes area.

A great advantage of the Sussex is their steady temperament and ease of calving, nine times out of ten no intervention is necessary in calving and they rear their young with a strong maternal instinct. The main reason for rearing them is of course the fact that Sussex beef is exceptional in flavour and texture.

The Conies herd traces its roots back to the Leconfold Estate in Petworth. Our cattle are Pedigree Sussex and registered with the Sussex Cattle Society. 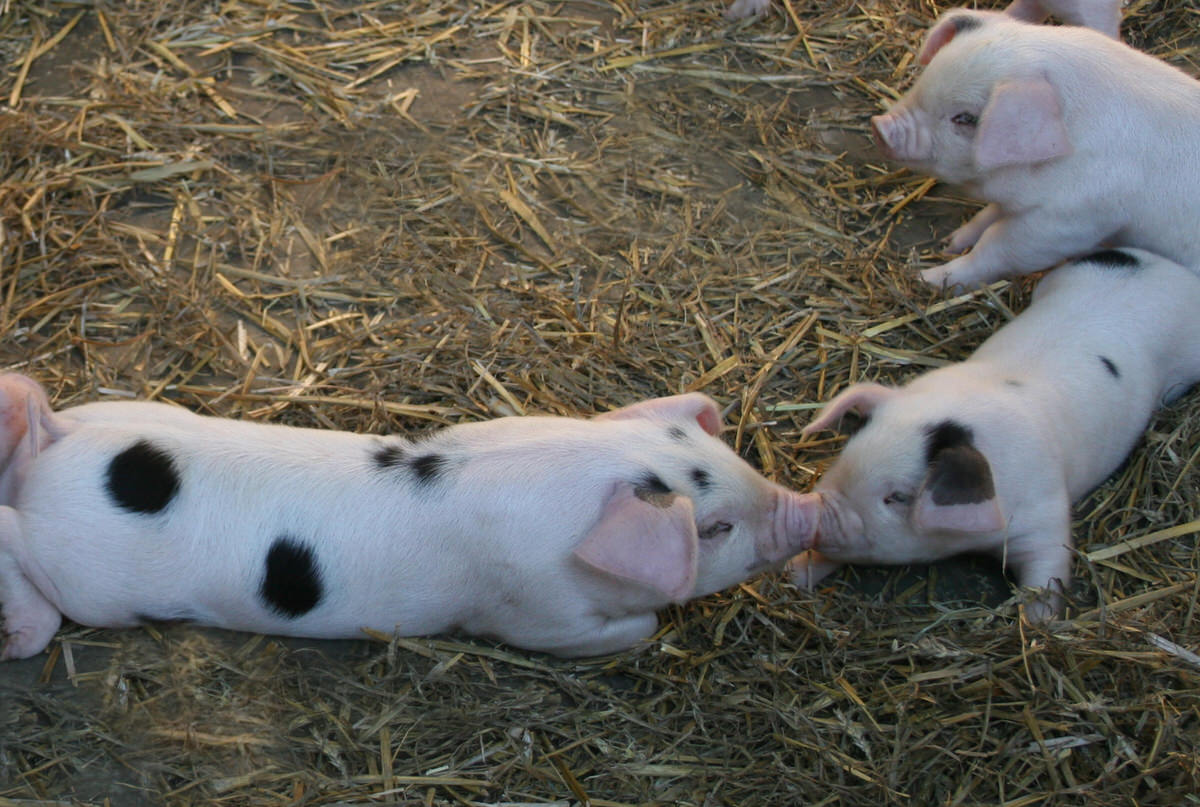 These rare breed loveable pigs were frequently kept in orchards over the last 300 years, their black spots fabled to be the resulting bruises from falling apples earning them the nickname of “The Orchard Pig”.

In the early 20th century the Gloucestershire Old Spot breed was seeing a dramatic decline in numbers and there were concerns about the longevity of the breed. Until quite recently the breed had survived on low population numbers, it's increasing popularity is due to it's reputation for top quality meat and dual production of both bacon and pork. Meat of this quality is in demand by the more discerning public and many butchers are now specialising in it. This is, of course, the breed’s future. 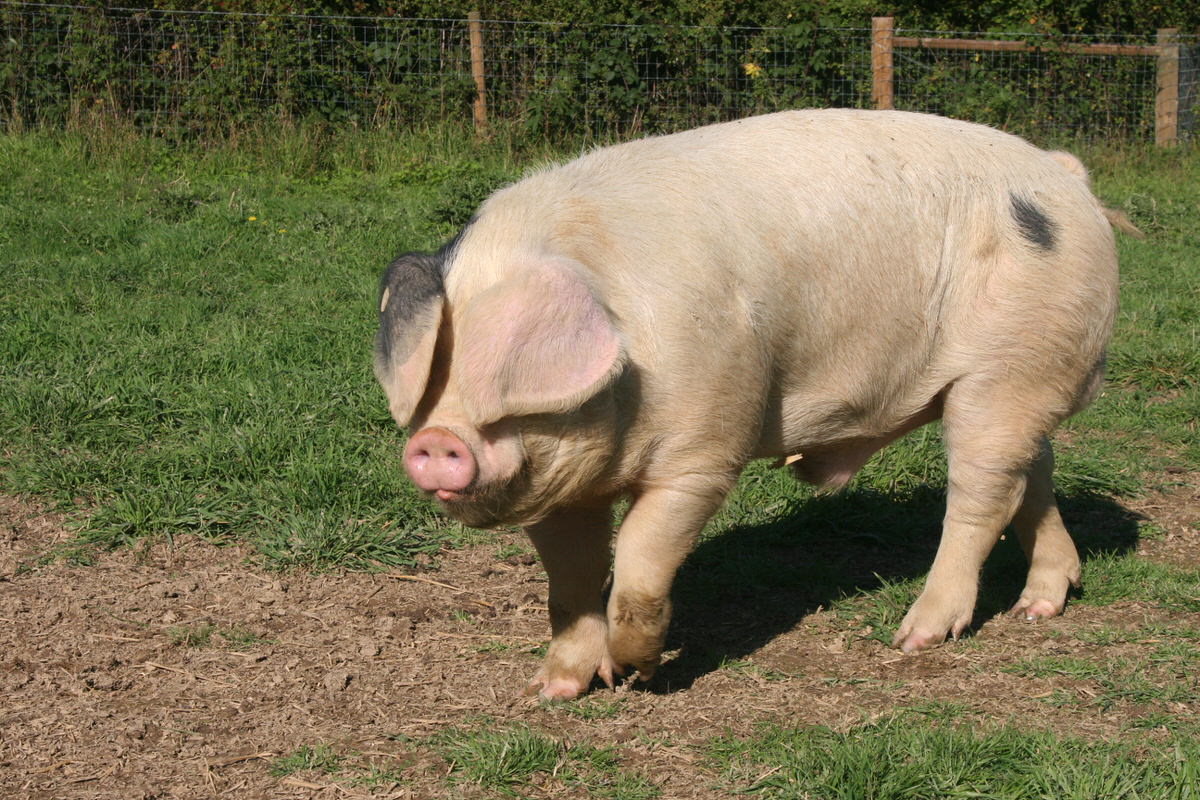 Today it is still a rare breed, but is now the largest numerically of the pig breeds listed by The Rare Breeds Survival Trust and is going from strength to strength. The fact that the pigs are hardy and able to cope with most conditions, and their reputation as excellent foragers is a definite plus point; that twinned with the fact that their average litter size is around 9 piglets, and that the sows are gentle natured with good maternal instincts is undoubtably the reason for their increase in numbers.

The Gloucestershire Old Spot was the first breed of any species in the world to be accorded Traditional Speciality Guaranteed status by the EU Commission in recognition of the special qualities of its meat. 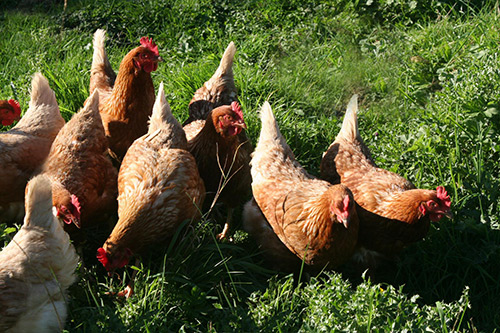 Warrens are a breed of hybrid hens, there are a number of benefits of keeping hybrids instead of pure breeds... since the blood lines in hybrid birds are so different from the parents, the offspring are usually very fit and healthy. Selective breeding means that the Warrens have been bred to be good egg-layers, docile and friendly, this at the expense of having the impressive plumage, seen in pure breed hens who, by contrast are not such prolific egg layers.